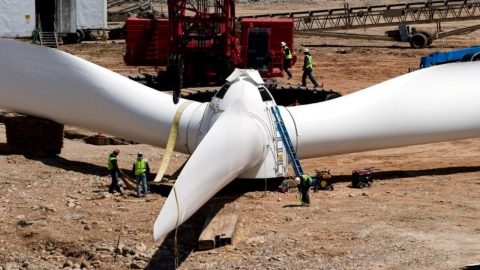 DHL Global Forwarding has signed three contracts with Chinese wind turbine manufacturers to ship components like blades, towers and nacelles to project sites across the world. The contracts have an accumulated weight of more than 40,000 tonnes.

The German freight forwarder will move 36 2.5MW wind turbines and additional parts from China to Mexico for Envision’s 90MW wind farm on the Yucatan Peninsula. The parts have a combined weight of 18,300 tonnes.

Additionally, DHL is shipping 48 Dongfang Electric wind turbine generators from China to Ethiopia, where the local government is developing phase 2 of the Aisha wind farm which will be capable of generating 120 MW of electric power. Together with the nacelles, blades and tower components, this contract covers 21,000 tonnes of cargo.

Lastly, DHL has a third contract in the pipeline to ship offshore wind parts for Goldwind. These wind turbines will need to be moved across the Australian outback to Goldwind’s Agnew Mine, where wind power will make up a portion of a large hybrid microgrid.

“Shipment of a wind turbine’s oversized components requires multiple connections and transfers over land and sea and involves logistical precision, speed and coordination among various parties,” says Steve Huang, CEO of DHL Global Forwarding Greater China. “Led by our industrial projects team, our expertise in end-to-end handling of breakbulk cargo has convinced leading Chinese manufacturers like DongFang Electric, Envision and Goldwind to partner us in their ambition to meet the needs of an industry that’s predicted to grow at a rate of 8.38% per annum in the next five years.”

In a recent study, the International Renewable Energy Agency (IRENA) said Asia could grow its share of installed capacity for onshore wind from 230 Gigawatt in 2018 to over 2600 GW by 2050. By that time, the region would become a global leader in wind energy, accounting for more than 50 per cent of all onshore and over 60 per cent of all offshore wind capacity installed globally.

The International Energy Agency (IEA) is just slightly more conservative in its offshore wind outlook until 2040, which the organization published in October this year. By then, China will have roughly 105 GW of offshore wind capacity installed. That’s 20 GW less than the European Union, which will still be the market leader in 2040, according to IEA.

With those numbers, the EU and China are in a league of their own. In 2040 the United States will hold third place with only a third of the EU’s capacity. 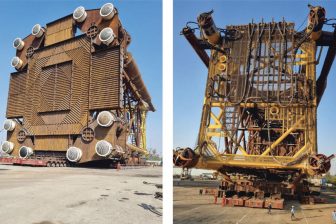 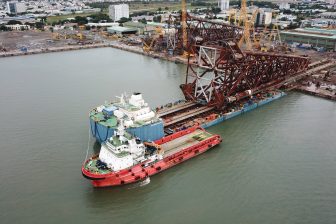 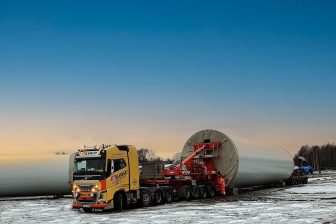