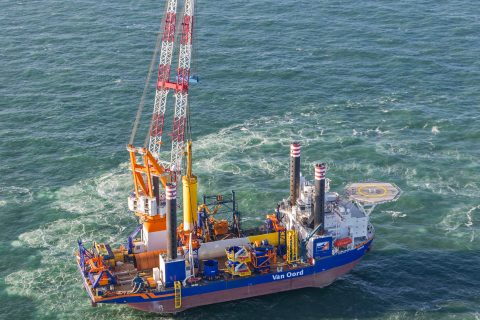 Van Oord becomes the latest offshore contractor to heavily cut back on its workforce. Covid-19, the slump in oil prices and deteriorating market conditions in the dredging industry force the company to cut 500 jobs in order to maintain a healthy balance sheet, the company says.

“As a company operating on a global scale, COVID-19 is having a major impact on our business. Market conditions in the dredging industry are under pressure and the volatility in oil- and gas prices also triggers a decrease of offshore field services. Consequently, we face a decline in our turnover and a deterioration of our results”, Van Oord writes in a short release.

In response to the “new reality”, the offshore contractor will restructure its organisation, resulting in about 500 employees to be laid off globally, 120 of which in the Netherlands, where the company is based. Van Oord says it has reached out to the Dutch labour unions for consultation. At the end of last year, the company employed over 5200 FTE.

Van Oord’s spokesman Robert de Bruin says the restructuring will impact the organisation as a whole, from its foreign offices and Dutch headquarters to its fleet and across all segments the company operates in. Likewise, the job cuts will impact employees in all types of positions, from office staff to crews. De Bruin stresses sailing personnel will not be hit harder than shore-based staff.

When it comes to the fleet, De Bruin will not say whether or which ships will be laid up or sold, but once again stresses the impact will be felt across the organisation. He does say the company wants “to speed up the modernisation of its fleet, particularly in dredging. We are seeking to disinvest, to be able to operate with a smaller, more modern fleet. Basically, we want a smaller fleet with the same production quality.”

Van Oord joins a rapidly growing list of offshore contractors to announce workforce reductions. Subsea 7 recently announced it will dismiss 3,000 employees, which is a quarter of the company’s total workforce. However, subsidiary Seaway Heavy Lifting will not be affected by the cost reductions. Allseas last week announced it will lay off 300 employees on board and send several vessels into cold lay-up.

The coronavirus has caused a new crisis in the oil and gas markets. Analysts have said this crisis could be worse than the crude price collapse in 2014.