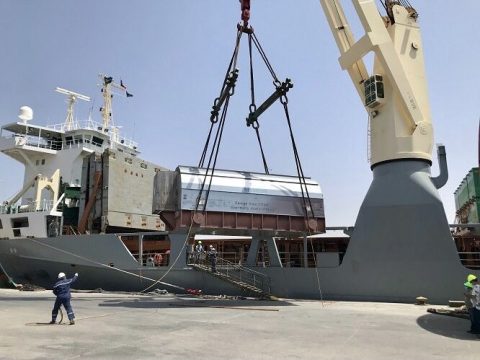 German freight forwarder DAKO Worldwide Transport has completed the first project cargo delivery for the Tripoli West project in Libya. The equipment loaded in Hamburg late last month has arrived and was discharged at Tripoli port.

To remind, Dusseldorf-based freight forwarder loaded two turbines and two generators in Hamburg, with units weighing between 183 and 221 tons. The delivery was handled in partnership with Wallman & Co. and SAL Heavy Lift, which ensured efficient pre-planning and execution.

When loading the first batch of project cargo for the Tripoli West project, DAKO Worldwide Transport informed that additional equipment will have to be transported from various locations. Locations include China, Indonesia and a second shipment from Hamburg.

Having completed the first delivery from Hamburg, the company is now preparing the next sailings from China, Indonesia and Germany for this important energy project.