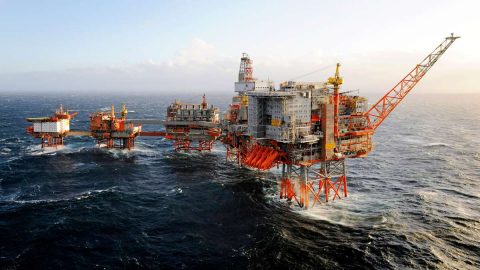 Aker Solutions has recorded better than expected second-quarter results. Cost-saving measures and increased activity in existing projects have led to higher revenue, earnings and order-intake than anticipated following the outbreak of Covid-19.

At the start of the quarter, Aker Solutions announced several cost-cutting measures in response to the pandemic, which included layoffs of 650 employees and the demobilization of 3,000 contractors. The company also accelerated its pre-pandemic cost-saving measures like the consolidation of its subsea tree production and early retirement plans.

Together with higher than expected activity and the award of several new contracts, the fast implementation of these cost-saving measures has improved the second-quarter result. Despite Covid-19 restrictions, Aker Solutions and operators managed to keep activity levels up.

Although the result is better than first anticipated, it still shows a substantial decline in revenue compared to the same period last year when the company recorded revenue of NOK 7.5 billion and an operating result (ebitda) of NOK 629 million. Revenue is also NOK 1.1 billion lower in comparison with the previous quarter (Q1 2020), but as a result of the cost-saving measures, the operating result is up by 54%.

The order intake of the company is expected to be about NOK 7 billion in the second quarter, which in comparison with the previous quarter and the same period last year is good. “Sanctioning activity increased after Norwegian authorities introduced temporary tax incentives for oil and gas companies to start new projects”, the company states. As a result, Aker Solutions was awarded several new contracts on the Norwegian Continental Shelf in June.

The order intake includes about NOK 2.5 billion for the Breidablikk and Askeladd projects awarded by Equinor. Order intake growth across was also significantly higher than anticipated across several ongoing projects, and the Brownfield area in particular, the company states.