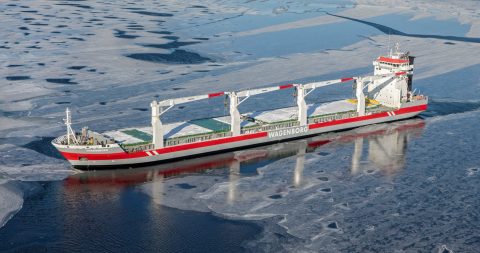 The European Commission wants to end tax exemptions for maritime and aviation fuels and plans to include the maritime industry in the EU emissions trading scheme. The plans are part of the European Green Deal which the Commission presented last Wednesday.

‘The price of transport must reflect the impact it has on the environment and on health. Fossil-fuel subsidies should end and the Commission will look closely at the current tax exemptions including for aviation and maritime fuels and at how best to close any loopholes’, the Commission states.

The Commission also proposes to European emissions trading to the maritime sector and to reduce the EU Emissions Trading System allowances allocated for free to airlines.

Shipowners and their representatives have been very vocal about their dislike for the emission trading scheme. Much rather, they’d pay a bunker levy which will be used to finance research and development of green technology for the industry.

The German shipowners’ association has expressed great concerns about the incorporation of shipping in the EU emissions trading scheme. “The effectiveness of the trading scheme is highly questionable, especially because it is only a regional instrument. Shipping itself today is concentrating on real carbon emission reduction, not on a theoretical one”, says CEO Ralf Nagel of the German Shipowners’ Association.

Nagel pleads for better cooperation of the European Commission with the IMO in London to ensure fair competition and develop global measures.

“In addition, the EU should invest substantially in research and development of new fuels to support our industry with decarbonisation – there, international shipping will shortly present its own approach. Europe should become a worldwide cluster of excellence, with the EU Commission working together with its business community, not against it”, Nagel says.

The European shipowners association ECSA has been advocating against regional legislation for years saying it would harm the European shipping industry by creating an uneven level playing field. ECSA has issued a positive statement in response to the Green Deal. “It is an ambitious plan that Europe will carry out to bring to the table the much-needed leadership in this global climate emergency”, said Martin Dorsman, ECSA’s Secretary-General.

Transport accounts for a quarter of the EU’s greenhouse gas emissions and that share is still
growing.

The Commission wants to boost multimodal transport to tackle that issue, saying this could increase the efficiency of the transport system. ‘As a matter of priority, a substantial part of the 75% of inland freight carried today by road should shift onto rail and inland waterways. This will require measures to manage better and to increase the capacity of railways and inland waterways, which the Commission will propose by 2021’, the Green Deal states.